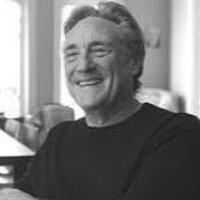 Dr. Korman is currently Vice President, Immuno-Oncology, at Bristol-Myers Squibb, where he leads a group dedicated to the development of biologics in tumor immunotherapy. Dr. Korman started his career in the biotechnology industry at Supragen in Colorado in 1993, which became part of NeXstar Pharmaceuticals. At NeXstar, he initiated the development of therapeutics targeting CTLA4. In 2000, he joined Medarex (Bristol-Myers Squibb since 2009) and continued the development of antibody therapeutics in tumor immunotherapy with programs targeting PD-1 and PD-L1 along with the preclinical development of combinations in immunotherapy. Five additional antibodies in immuno-oncology (anti-LAG-3, anti-GITR, anti-OX40, anti-CD73, and anti-TIGIT) are currently in clinical development. Dr. Korman received his PhD in Cellular and Developmental Biology from Harvard University (Cambridge, MA) in 1984, where he studied molecular immunology in the laboratory of Dr. Jack Strominger. From 1984 to 1989, he was a Whitehead Fellow at the Whitehead Institute, Massachusetts Institute of Technology (Cambridge, MA), where he continued his work in molecular immunology in association with the laboratory of Dr. Richard Mulligan. He was also a Chargé de Recherche at the Institut Pasteur (Paris, France) from 1990 to 1993, where he studied viral superantigens.