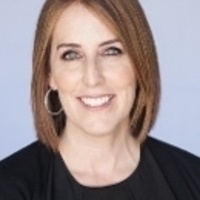 Just Desserts with Prof. Marla Dubinsky is your chance to ask, "How did you decide on this career path? What challenges have you met as a woman?   What factors have contributed to academic moves and to your recruitment to Mount Sinai? How do you balance/combine research, patients and teaching and administration? How do you recruit your team members? Do you have time for your friends and family? For non-career interests?"

Marla Dubinsky, MD, is Professor of Pediatrics and Chief, Pediatric Gastroenterology and Nutrition, Co-Director of the Susan and Leonard Feinstein IBD Clinical Center, at the Icahn School of Medicine at Mount Sinai Hospital. She was recruited in 2014 to Mount Sinai from UCLA (David Geffen School of Medicine) where she had risen from assistant professor  to full professor. Dr. Dubinsky was educated and trained in Canada earning her BSc., Biology, University of Western Ontario, Canada and M.D.from Queen’s University, Canada. She was a Pediatric Resident at Alberta Children’s Hospital, and Pediatric Gastroenterology Fellow, Sainte-Justine Hospital, University of Montreal. She moved to Cedars-Sinai Medical Center, UCLA, as a Research Fellow in Inflammatory Bowel Disease and Health Services Research at their IBD Center.

Dr. Dubinsky’s primary research focuses on the influence of genetics and immune responses on the variability in clinical presentations and prognostic outcomes as well as therapeutic drug monitoring. Dr. Dubinsky’s other interests include the impact of IBD on fertility and pregnancy. She is the Co-founder of WECARE in IBD, an organization dedicated to the health of women with IBD. Her research has been supported primarily by NIH/NIDDK and various foundations including Crohn’s and Colitis Foundation and Kaufman Family Foundation and various Biotech companies.

We call the program Just Desserts because the featured women deserve the spotlight and because the Mount Sinai community deserves to learn from them. (Also we serve fruit and chocolate which we think are fine desserts.) These sessions have great so far. The wisdom shared from career experiences and decisions hopefully helps as we move to our goal of increasing the retention and promotion of our excellent colleagues. It's your chance to hear how a successful path is charted and also to ask questions about career, life and all those other things that don't get covered in formal presentations.

Office of Gender Equity in Science and Medicine