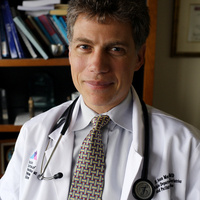 Title: “The future of healthcare:  How to turn the Titanic and Avoid the Iceberg”

Short Bio: Dr. R. Sean Morrison is the Ellen and Howard C. Katz Professor and Chair of the Brookdale Department of Geriatrics and Palliative Medicine at the Icahn School of Medicine at Mount Sinai in New York City. He is also Co-Director of the Patty and Jay Baker National Palliative Care Center and Director of the National Palliative Care Research Center, national organizations devoted to increasing the evidence base of palliative care in the United States. Dr. Morrison is the recipient of numerous awards, including AAHPM PDIA National Leadership, Excellence in Research, and Visionary Awards; the ACS Distinguished Achievement in Cancer and Clinical Research Professor Awards; and the AGS Outstanding Achievement for Clinical Investigation Award. He has received over $50 million dollars in research funding and published over 200 research articles. His work has appeared in all major peer-reviewed medical journals, including the New England Journal of Medicine, Annals of Internal Medicine, and the Journal of the American Medical Association.

*Light lunch will be provided. We are trying to be more eco-friendly, so please bring your own reusable cup or water bottle.