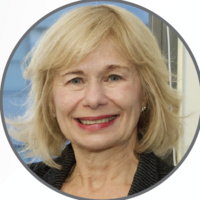 Men and women in the times of man

Professor of Psychiatry, Neuroscience,  Genetics & Genomics, joined  ISMMS from NYU, where she served as chair of Psychiatry, having previously trained and become Professor of Psychiatry at  Columbia University at the NY State Psychiatric Institute. Her background in zoology and environmental biology provides a perspective on behavioral disorders that centers on humans as a social species. She was the first to propose that paternal aging is a risk factor for schizophrenia that operates through de novo genetic changes, to demonstrate increased hippocampal activity at rest in schizophrenia, and show sex specific relationships of olfaction with social function and cognition. She has been whole heartedly invested in mentoring throughout her career and for a decade she hosted a weekly 2-hour “Psychiatry Show” for Sirius XM Doctor Radio.