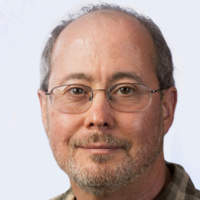 A CELEBRATION OF BEN BARRES: The Life of a Transgender Scientist

A few years after neuroscientist Ben Barres became a tenured professor at Stanford, he overheard a colleague talking about one of his classes: "Ben Barres gave a great seminar today, but then his work is much better than his sister's.” But Barres had no sister in the field. The woman whose research the colleague disparaged was the same person as the man he now praised. Barres, who was named Barbara and designated female at birth, had transitioned not long before. That experience gave Barres keen insight into the inequalities that pervaded science – and a determination to correct them.

JOIN US as we celebrate the life and legacy of Dr. Ben Barres, a ground-breaking glial biologist whose passion for
science and belief in equality has made him into one of the most celebrated scientists of his era.

*Refreshments will be served!