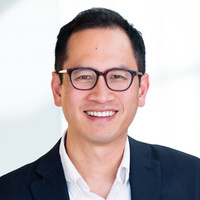 The Ved P. Sachdev, MD, Memorial Lectureship was established in 2001, by the late neuropathologist Dr. Ronjit Sachdev, to foster the in memory of her husband Dr. Ved P. Sachdev. Born in India in 1932, Dr. Sachdev studied at Amristar Medical College at the University of Punjab. Having completed residencies in India in Ear, Nose and Throat (ENT) and Neurosurgery, he moved to England where he became an ENT fellow of the Royal College of Surgeons. Dr. Sachdev came from England to the United States and at the age of 39 and began his Neurosurgery residency at Mount Sinai under Dr. Sidney Gross (who retired two years later) and completed his training under Dr. Leonard I. Malis. Dr. Sachdev became Dr. Malis’ associate the day he completed his residency.

Well-known for his surgical skills and anatomical knowledge, he was listed in New York Magazine among the best neurosurgeons in New York, as well as in America.

Also a dedicated teacher, Dr. Sachdev taught the anatomy of the peripheral nervous system at the medical school. He died on August 8, 2000, at Mount Sinai, where he had worked for 30 years. Dr. Sachdev is survived by his two daughters, Ulka and Rivka, both of whom are physicians.

This year's speaker will be Edward Chang, MD, Chair of Neurosurgery at University of California, San Francisco, who will present "Restoring Words: Towards a Speech Neuroprosthesis."